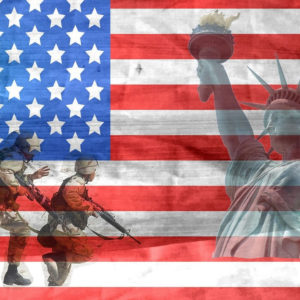 During one of his famous wartime speeches, Winston Churchill said “Never was so much owed by so many to so few.” This certainly holds true when it comes to our veterans. One area of ongoing concern to our veterans is the issue of addiction prevention. In 2013 the Veterans Administration launched their Opioid Safety Initiative (OSI), the first of several system-wide initiatives undertaken by the VA to address opioid overuse. The VA administration recognized the growing problems rooted in the unique set of circumstances faced by veterans including the fact that veterans are 40% more likely than the general population to suffer from chronic severe pain. Simultaneously, many veterans also deal with emotional issues related to battle experience.

How to best manage pain and address emotional symptoms, such as anxiety and post-traumatic stress disorder, is a complicated issue often involving trial and error of several medications and therapeutic regimens which can result in a supply of unused medications in the homes of our veterans. Two of the most common types of drugs used in these scenarios are opioids for pain management and benzodiazepines for anxiety management. As combining these types of drugs can be very dangerous, physician and pharmacist oversight and coordination are key to preventing accidental overdoses and addiction.

In an effort to provide the best outcomes for our veterans, the VA looked into the issue further and found that many veterans were accessing prescription medication from multiple sources such as Veterans Administration pharmacies and through other forms of insurance such as Medicare (Part D). This practice broke down the required oversight designed to protect our veterans and inadvertently led to a dangerously high rate of over-prescribing. In 2013, more than 50% of those Veterans who were prescribed either benzodiazepines or opioids were receiving these from both the VA and another source.

Within a short period of time, fatal overdoses among veterans reached alarming levels. A 2011 study showed that veterans are twice as likely to die from accidental opioid overdoses than non-veterans.

Over the past five years since launching OSI, the VA has seen progress on dealing with the issues of over prescription and addiction. By mid-2016 the number of veterans dispensed an opioid each quarter had decreased by 172,000, or about 25%. In 2017, even fewer veterans were receiving high doses of opioids or concomitant interacting medicines like benzodiazepines, and more veterans were receiving non-opioid pain therapies, naloxone, and treatment for substance use disorders.

While significant advances are being made on many fronts of the opioid epidemic, one area remains wide open for advancement: the proper disposal of leftover pills in America’s medicine cabinets. The average length of time that leftover pills remain in a home medicine cabinet in this country is 3 years. That is 1,095 days of opportunity for drug misuse and diversion. DisposeRx is committed to eradication of unused medications through the use of our environmentally friendly, drug disposal solution for the immediate, site-of-use destruction of unused prescription medications. Retailers and payors such as Walmart, Rite Aid and Kroger and Humana are distributing DisposeRx packets with opioid prescriptions to encourage proper drug disposal the moment the medications are no longer in use. DisposeRx is eager to work with nonprofits, community groups, schools, faith-based organizations and others to spread the message of addiction and drug misuse prevention through proper drug disposal. To learn more about our programs, contact us and a DisposeRx representative will reach out to you within five business days.