Medicines are Polluting Our Environment 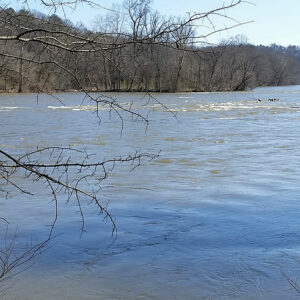 Among the myriad of ways that pharmaceutical waste enters into the environment around us, improper disposal is arguably the one source every person and health facility can easily do something to prevent. This negative impact on the environment is often overshadowed by society’s emphasis on how drugs destroy people. But when you consider the damage drugs pose to the environment, it really widens the scope of the drug problem in America and touches every single American.

In a groundbreaking study by the U.S. Geological Survey, scientist recognized how widespread the problem of pharmaceuticals and other Organic Wastewater Contaminants (OWC) being present in groundwater was across the country. Sampling from a network of some 139 streams in 30 states, they found trace amounts of OWC in over 100 streams, or about 72% of those sites sampled.

Even at very low levels, medicines in the environment can impact fish and other aquatic life. A 2016 study by the University of Washington’s Department of Environmental and Occupational Health Sciences found that salmon in the Puget Sound had high levels of what they refer to as contaminants of emerging concern (CEC’s) accumulated in their tissue. The drugs they found in the salmon tissue included hormones, opiates, antibiotics and other pharmaceuticals. And just last May, researchers at the Puget Sound Institute found trace amounts of oxycodone and other drugs among bay mussels harvested from the Sound.

Medicines in Drinking Water – Are We at Risk?

An investigative report by the AP in 2008 reported that medicines have been found in the drinking water of 24 major metropolitan cities, exposing more than 41 million Americans to a cornucopia of prescription and non-prescription drugs. Some frequently detected compounds were atenolol (heart medication), carbamazepine (mood-stabilizer), gemfibrozil (anti-cholesterol), meprobamate (tranquilizer), naproxen (over-the-counter pain reliever), phenytoin (anti-seizure medication), sulfamethoxazole and trimethoprim (antibiotics).

Medicines which are flushed down the toilet or thrown in the garbage, can get into our local waters. Homeowners have been told for years that toilet flushing was the safest way to dispose of unused or outdated prescription drugs. In fact, until recently, the EPA allowed for healthcare facilities to dispose of some expired and leftover medications through this practice they refer to as “sewering.” When medicine is flushed down the toilet, the waste enters the sewage system and is transported by pipeline to the local public wastewater treatment facility. These facilities are not designed to treat or remove pharmaceutical chemicals. Some communities use these same water sources for their drinking water.

While it’s unknown what the long-term effects of exposure to low levels of medicines in the environment have on human health, there is little doubt that the problem will continue to expand given the growing rate of prescribed medications. In 2017, more than 4 million retail prescriptions were filled by pharmacies in the U.S., a figure that shows continuous growth year over year. How many of those prescriptions might end up as waste? Another study found that in last past decade, the percentage of Americans taking at least one prescription drug rose from 48% to 72%.

A study published that same year by the Western University College of Pharmacy found that approximately 2 out of 3 filled prescriptions go unused by the subjects of their study. When asked about how they dispose of those unwanted/unused medications, some 63% told researchers they “throw them in the trash.”

DisposeRx’s mission is to educate our communities about importance of effectively and safely removing unused and expired drugs from America’s medicine cabinets. Whether the problem is reducing the potential for misuse or diversion, prevention of accidental poisoning or the dangers resulting from taking expired medications, understanding the need for safe drug disposal is the first step in proactively solving these problems.
Just as important, our site-of-use safe drug disposal method helps address the growing environmental impact caused by improper medication disposal.

You can see a simple demonstration video of how it works here. A simple graphic can also be found here. If you are interested in getting DisposeRx packets for removing any leftover medications you may have, click here to order directly. To find out more about how retailers like Walmart, Rite Aid and Kroger and payors like Humana are working with us to help spread our message of responsible safe drug disposal, contact DisposeRx and one of our representatives will reach out to you within two business days.