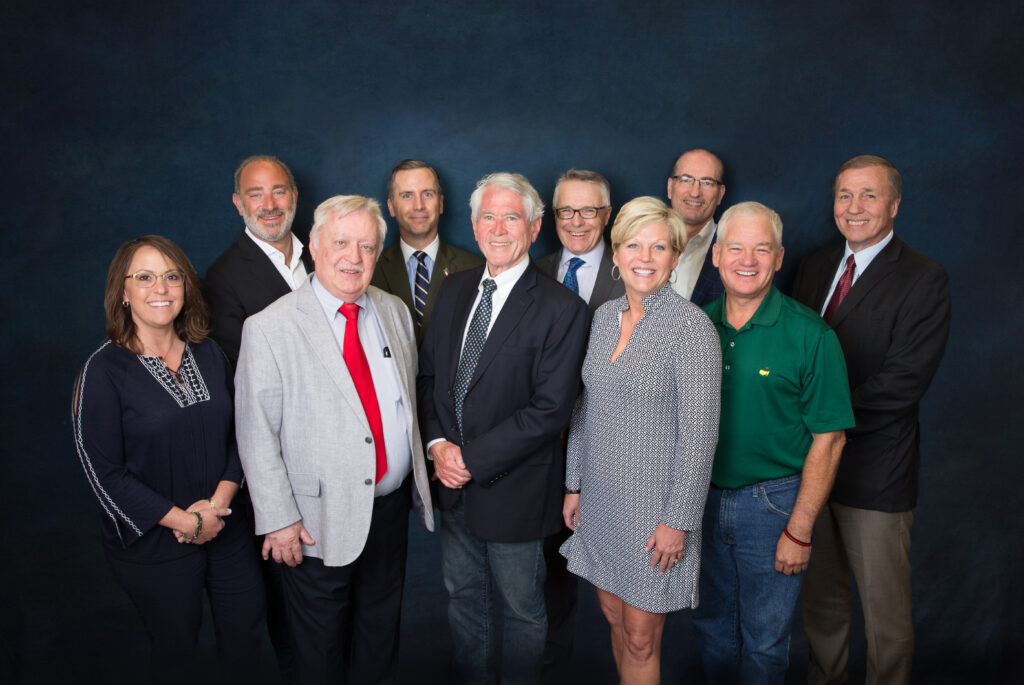 To those of us on the DisposeRx Team, he was our chief executive officer, leader, visionary, role model, champion and friend.

Quite simply, he was our North Star.

John had a profound impact on many during his 74 years, and we wanted to share our thoughts and impressions so that those who did not have the good fortune of meeting him could get a glimpse into this amazing man and his amazing life. 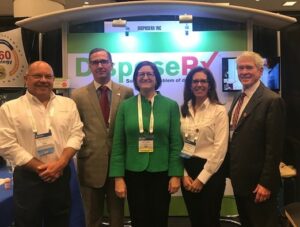 It was the honor of my life to have known and worked with John.  His passion and inspiration drove me to challenge my own thinking and taught me how to be a better leader and a better friend. His passion for life, his pursuit for elegant and simple solutions to complex problems and his drive to never accept “no” as a reasonable answer were—and are—empowering. There was never a person he would not meet with nor a call he would not make.  His energy for life was hard to match.  He has baked into my DNA his passion and commitment for finding and building a better way. I will miss the commitment we had to each other to change the world, but most of all I will miss my friend. 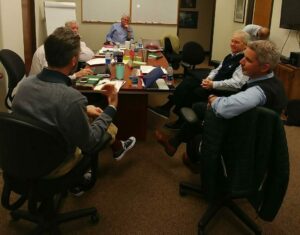 With John’s understanding and appreciation of Australians, he and I quickly connected once introduced. John’s energy, enthusiasm, optimism and drive for a better world immediately attracted me to his mission at DisposeRx. He was a thoughtful listener and a fierce debater, and yes, we both enjoyed some good healthy sparring—all to benefit the company, our customers and our team. I will miss his great stories and storytelling, his big heart, intellect and infectious smile. 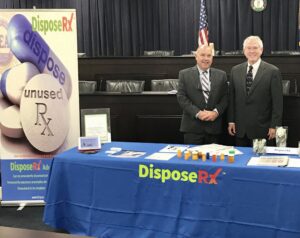 What can I say about John Holaday? He saw what others could not and had the unique ability to guide people to work toward a goal and passion. John was a mentor to me both professionally and personally, and I had tremendous respect for him. He believed in the people around him and wanted to instill his passion for DisposeRX into everyone around him. John and I did not always see eye-to-eye out of the passion we both held for our causes, and during those times, John was direct, honest and guiding and would admit when he was wrong. I felt this was one of his strongest attributes—the ability to admit, learn and lean on others for direction. He was the definition of a true leader.

John offered such a tender and kind heart to everyone, helping anyone in need, willing to share his knowledge to help you through situations that life would throw at you. I witnessed many times John going off to the side of a road to sit down with the homeless, having a conversation and passing along a financial gift, always in secret and never boastful. John would lead by example with a light heart, lots of laughter and strength of genius that cannot be replaced. I was very close to John and got the opportunity to spend time with him one-on-one on trips and events. I find myself blessed to have had John in my life and was lucky enough to let John know that I loved him greatly. I would say, “John, I appreciate you and love you like a father.” He would always reply, “I love you, too, Ben”—in his best southern accent. I will miss John and struggle with his passing. John will touch me every day in what I do, how I say it and the passion in which I live. Thank you, Dr. John Holaday, for bringing me into your world. 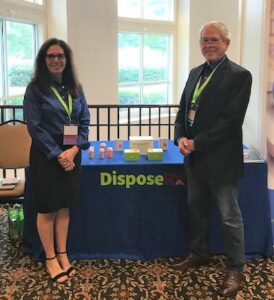 From the day I met John Holaday, his compassion for those who suffer was completely evident. He would often speak to me about his research and how the mind works, especially when addiction is involved. It was so easy to talk to John. His desire to help end addiction and the passion he had to accomplish this has been unwavering and has greatly inspired the DisposeRx team. I have seen him offer support to parents who have lost children to this horrible crisis plaguing our country. He sat with them to listen to their stories and offer his support, and he always kept them in his heart. Truly a man who needed very little, his heart and kindness were always reaching out to those who needed everything.

One of the many things I admired and loved about John was the way he interacted with people. Everyone felt very comfortable around John regardless if they were talking business or just about their own lives. He had a way of making you feel that you mattered and that he really cared about you and what you are doing. I think that’s why John was always successful in his life. People like being around him because of his positive energy and attitude. I will always be grateful for the opportunity to work under such a great leader!

Upon first meeting John, I could tell instantly that he was a man full of kindness, compassion, intellect and charm. My first day on the job had me meeting all of the board members at a meeting in Raleigh, and no one was quite certain what my role in the company would shape up to be. John graciously welcomed me to the team and through his warm welcome, made me feel like I was in the right place (a place where actions were making a difference) and that I was about to become part of something very important. John’s presence in the room was definitely one that exuded warmth and caring for all around him.

I only knew John for a few months. We first met at the Second Chance Gala in Washington, D.C. Almost immediately, I knew that John was one in a million. You could sense his compassion for his fellow man and his commitment to eradicating the opioid problem and misuse of medication. Once I joined DisposeRx, John wanted to get to know me, my family and my experiences/goals. It is rare that you find this in a CEO. Just three weeks ago, John, William and I had the wonderful opportunity to work together—on the road. It was a fantastic week of meetings! Now, it will be a week that I will never forget!

Personally, I am struggling with the senselessness of his death. I am committed more than ever to continue John’s mission. Together we will make DisposeRx the gold standard in drug disposal. We will never forget our CEO, our friend, our mentor!

One of the qualities that I value most about John was his commitment to community and those who have been greatly and directly impacted by opioid addiction. John had an amazing heart and was incredibly generous—with his time, energy and resources. While he was incredibly proud of our product and its positive impact across the county, he was equally pleased to talk (brag) about our Community Outreach program, which was launched almost one year ago. John loved telling the stories of how our non-profit partners are on the frontline distributing our donated packets and working diligently to combat and prevent the opioid epidemic. His passion was infectious and inspiring.